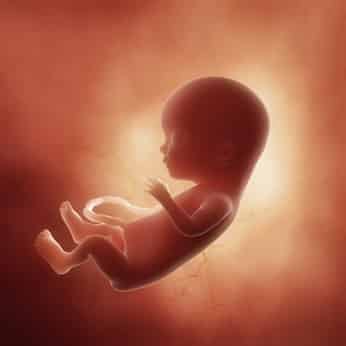 15 weeks pregnant with twins. You should be feeling good for the next few weeks. You’re in the middle of the honeymoon pregnancy period, after all. Even though you’re pregnant with twins and your symptoms have probably been worse, they should be letting off by now, and if they aren’t it won’t be much longer.

So take advantage of all this great feeling. Spend a little more time with your partner, and do what comes naturally. A single fetus at 15 weeks

Your Twin Babies at 15 Weeks Pregnant

Right now your babies are getting bigger much faster than they have been. A singleton would be around 4 inches long right now, and weigh around 2.5 ounces. Obviously, expect twinnies to be slightly smaller and lighter, but you can still expect them to be around the size of an orange, or a medium sized apple.

They’re also going to be running their own exercise routines inside your tummy, moving every limb near constantly, twisting and writhing all over the place, practising movements and growing muscular strength for later in life.

As well as moving around, your babies eyes are developed enough that they’re fully capable of sensing light, even though their eyelids are still completely closed, and they’re also busy breathing into their little tiny noses, even though all they’re actually breathing is amniotic fluid. This helps their little lungs develop, getting them ready for the big day.

This should be a great period for you. The symptoms that you should be having will be minor, and the potential upsides are actually really sweet for a lot of women. We’ll start with the bad, and move on to the good.

There’s a lot of tests that you might have chosen so you can check on the health of your babies, and if you did, they’ll be coming up soon.

First off, you might have chosen to have a multiple marker screen (MMS,) which is a blood test that screens you for several issues.

But you might also have chosen to get an amniocentesis test, which requires an ultrasound. You’re more likely to have chosen to take this test if you or your partner have some form of genetic disorder, or your baby is particularly at risk of genetic disorders. Whilst there’s a very small chance of complications, for most people the benefits far outweigh the risks, so don’t worry, and talk to your medical practitioner about the issues you might face.

[thrive_text_block color=”blue” headline=”‘Must Haves’ in Trimester 2 “]We asked the TwinStuff Community what their Must Have products were during the second Trimester:

Are You 15 Weeks Pregnant with Twins?

The good weeks are coming, girls. The next few weeks of pregnancy are going to be the easiest you face, so make sure you enjoy them and do everything you can to love life. How do you feel at 15 weeks pregnant with twins?

25 weeks pregnant with twins means we're getting real close to the third trimester of your pregnancy. Before you get there, you should try and...
Read more
Second Trimester

24 weeks pregnant with twins, and your little twinnies are growing faster than ever. They're really packing on the weight, and because of that, on...
Read more