Morning Sickness with Twins: What to Expect 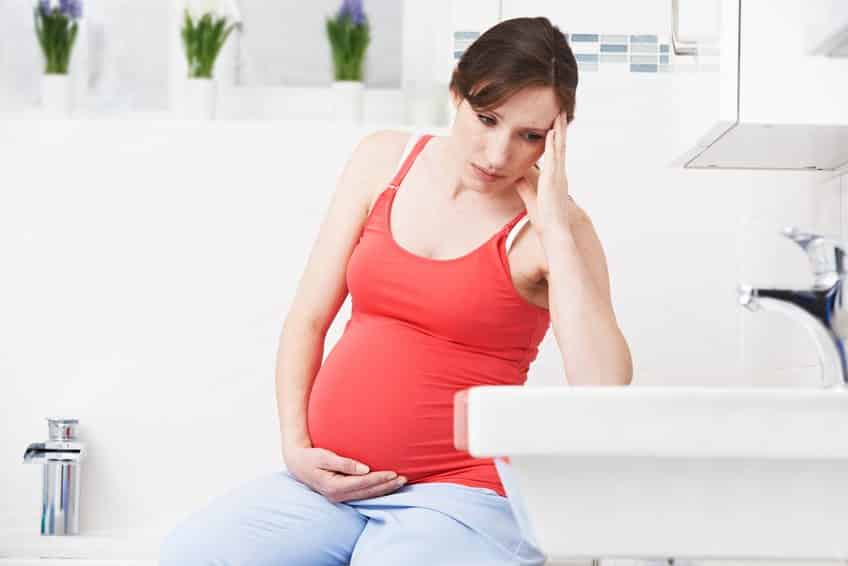 The sad truth is that morning sickness with twins is a problem that most have to deal with.

As an expectant mother of twins, your friends and family might be filling your head with horror stories of how bad it can be, and how much worse it’s going to be because you’re having twins.

So you’re starting to wonder. What is morning sickness? Is it any different with twins? And how can you deal with it?

What Is Morning Sickness?

Just in case you’re unsure, morning sickness is the specific term we use for the nausea and vomiting that affects the vast majority of women in the first few months of pregnancy.

It’s incredibly likely that you’ll experience this, as well, with over three quarters of women experiencing nausea, and around half actually fully vomiting. Even though it’s called morning sickness, don’t be misled. It doesn’t have to come in the morning.

It is more likely, hence the name morning sickness, but it can hit you at literally any time.

For most women in singleton pregnancies, these symptoms generally start to abate at around the third month, but for a few unlucky women it can continue until week twenty, or even later.

The strange thing is though, no one knows what causes it. It’s thought that the hormonal changes that come with pregnancy affect the balance of your body, and throw everything out of sync.

As your body gets used to the changes and the increased hormonal load, it can deal with the effects and morning sickness fades away. Remember this, because it’s going to be important later.

How Is Morning Sickness Worse with Twins?

When you have twins, there’s more strain and stress placed on your body than with a single baby, so it’s normal to experience stronger pregnancy symptoms, and this does include morning sickness!

More than this, it’s likely that, if you do experience morning sickness, it’s going to be more powerful and debilitating than a woman carrying just a single child.

This is because morning sickness is likely caused by hormone levels, like we said earlier, and one of the major changes when you’re carrying twins over a single child is far higher levels of hormones. Especially human chorionic gonadotropin (hCG.)

Morning sickness can also be made worse by tiredness, and part of the stresses of carrying twins that you’re going to feel is increased tiredness and fatigue.

Bear in mind that you might not even experience symptoms, so don’t worry. If it happens, it happens. Just wait and see. All women experience pregnancy differently, so if it happens to you, then just do what you can to deal with the problem.

When Does Morning Sickness Stop with Twins?

Because of the higher levels of hormones in your body, it can take longer to adjust, meaning that not only are your morning sickness symptoms likely to be stronger, they’re also probably going to last longer.

Again, everyone is different, but it’s not unheard of for it to last until the twentieth week, or possibly even longer!

What Can You Do to Treat Morning Sickness with Twins?

As the proud mother of twins to be, you’d probably deal with anything to make sure that your children are going to be born happy, healthy and safe. But that doesn’t mean you can’t be as comfortable as possible.

There’s no one treatment that will work for all women when it comes to treating morning sickness. However, there are several things you can do that normally help.

As always, if you’re struggling, suffering, or just finding it hard and need help, talk to a medical professional. They can see your specific situation and give you advice that will work for you.

Morning sickness is just one of those things we have to deal with as mothers. If you’ve got any stories for expectant moms, or any tips to help everyone deal with morning sickness with twins and what worked for you, then please let us know in the comments section.

Still have questions? Why not ask a question in our Facebook group?

Facebook
Twitter
Pinterest
Previous articleCan Identical Twins Look Different?
Next articleHow to Feed Twins by Yourself
TwinStuff
TwinStuff.com is the #1 Interweb Resource and continually growing Interactive Community for Parents of Twins and Multiples. Twinstuff.com began in 1998 as a forum for discussion on all things twins. Over the years, it has grown substantially and evolved into the ultimate resource and engaged community for twins, multiples and parents of twin & multiples.