Whether to Separate the Twins in School and When 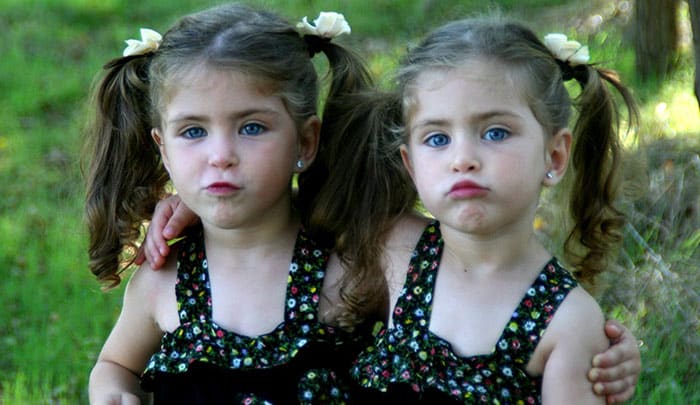 First, apparently I have a blog here. I know you couldn’t tell based on recent inactivity. D’oh. I offer no excuses (because you twin moms know all of my reasons already) and only apologies. But I’m back today with a topic that is affecting us right now and that I know many twin parents have also struggled with.

To Separate or Not to Separate

We’ve been very fortunate that our ID twin daughters have always been extraordinary playmates and friends.

Alexis and Samantha are two sweet, enthusiastic, imaginative little girls who, if given the choice, would spend every waking moment playing pretend together. They often get in “trouble” with mom and dad for trying to extend that play into the nighttime hours. I really only mind a little bit because, if I am being honest, I am *totally* jealous of them.

My husband and I decided many years ago that we would separate Lexi and Sam in school some time during early elementary. Recent developments have forced that conversation to the forefront of evening conversation-

We recently had the girls screened for their new Pre-K program. At this private school, the kids are taken by classroom teachers away from the parents to be interviewed. I was told more than once not to sweat it, they weren’t grading my twosome- it’s only to assess their social and educational foundations.

I still chewed my nails nervously in the lobby during the entire half hour (oh wait, is THAT where Samantha is picking up that habit??).

When my children were finally returned to me, skipping and smiling, I got wonderful reports. We were approved for admission! The teacher asked me then, “What have you decided about classroom placement? Would you like them in the same class or in different ones?”

“Well, my husband is a teacher and I am very familiar with twin needs. We have decided that we will probably separate them soon. Maybe not this fall but soon after?”

“Hm, can I suggest that you do separate them this fall?”

The lead teacher pressed the point a little bit. Enough to make my mind race and my palms sweat; why wasn’t I ready for this?? So I asked why she wanted them in separate classes.

“Well, every question I asked of Alexis was answered by Samantha. Every question for Samantha by Alexis. Even when we asked them directly not to answer for one another, they did.”

Yeah, Yeah, They Do That

Then, only in the last few weeks, we’ve started getting reports of the girls having some behavior issues in preschool. Nothing major, nothing really shocking. Except that EVERY TIME one got her card turned to yellow for something, the other sister would exhibit the exact same poor behavior within the hour. Those poor preschool teachers! Oh, don’t I know it? They DO mimic the good and, especially, the bad.

Those poor preschool teachers! Oh, don’t I know it? They DO mimic the good and, especially, the bad.

We MoMs know that part of the trials of two is that one rough evening usually involves both kiddos. Unfortunately for the school, it’s too late in the year to separate them now and we’re left containing the cabin fever and managing each incident.

I guess I thought we had this figured out. As I embarrassingly asserted at the Big Kids’ School, my husband teaches and I’m a twin research junky. I knew we’d cross this road and I thought I knew when it would be. Really, though, kids don’t develop according to timelines in text and we have been shown the right time to separate Alexis and Samantha (yesterday??).

Have you separated your kids? Was there any one (or few) things that brought you to that decision? Talk to me.

Facebook
Twitter
Pinterest
Previous articleA Complete List of Twins & Multiples in Movies
Next articleWhat is TTTS – Twin to Twin Transfusion Syndrome?
TwinStuff
TwinStuff.com is the #1 Interweb Resource and continually growing Interactive Community for Parents of Twins and Multiples. Twinstuff.com began in 1998 as a forum for discussion on all things twins. Over the years, it has grown substantially and evolved into the ultimate resource and engaged community for twins, multiples and parents of twin & multiples.

Twins in School: Should My Twins Be in the Same Class?

As a mother of nine-year-old fraternal girl twins, I have found my association in both the local chapter and the regional chapters of a...
Read more