Can Identical Twins Be Different Heights?

A lot of people think that identical twins are a hundred percent the same. They are stereotyped to look alike, sound alike, they like the same things, dress up the same way and so much more.

So, when they’re finally born and people see that their heights are different, for example, they are wide-eyed and innocently ask, “Can identical twins be different heights?” “Why are these so-called identical twins not a spitting image of each other?” Well, there a lot of different answers to that, which we will look into.

Can Identical Twins Be Different Heights

Although we may know that identical twins (monozygotic) are developed from a single fertilized egg and share the same DNA, this does not guarantee that they will be exactly alike. There will still be certain differences, especially in their physical characteristics and personalities.

One thing that can explain this is “nature-versus-nurture.” Yes, twins may have the same set of genes (nature), but their development is not just genetic, it has a lot to do with the environment (nurture), too.

Early in the mother’s womb, external influences begin to affect the growth of each twin. For example, Twin A may have a better connection with the placenta so without a doubt, Twin A gets the best most nutrients.

This in itself causes a size difference between the twins. This is affirmed through a study on twins’ birth-order differences in height and body mass index. In that research, it is revealed that first-born twins were slightly taller than second-born twins in childhood. 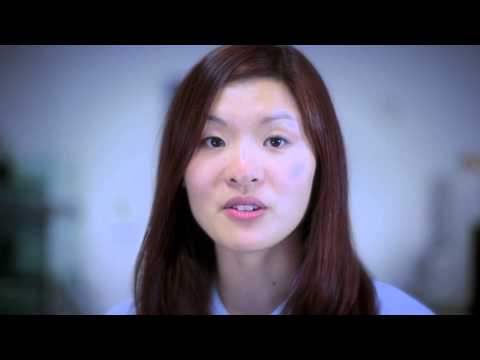 Epigenetics, which is the study of heritable changes in gene expression, would also explain why identical twins are different from each other especially when they start growing older.

Twins are born with the same epigenome, which is commonly known as genetic material. Now according to the epigenetics, these epigenetic profiles diverge as they age.

A study reveals that there are some epigenetic events before birth can explain the minor differences in the appearance, personality, and general health of young twins. In this case, scientists say that both nature and nurture act on twins and that epigenetics is the bridge between them.

Aside from height, are there other physical differences between identical twins?

Height is not the only physical difference that can occur between identical twins. According to Stanford at The Tech, some of these twins can also have a difference in their weight. The weight difference may begin at the time the twins are growing in the uterus.

One can be well-connected to the placenta, causing that twin to be bigger. One twin has thus been eating more than the other before they are even born.

Another interesting physical difference is the twins’ fingerprints. Although their fingerprints do look more similar because they are also controlled by their genes, they may not look exactly the same.

This is caused by the environmental factors of how the hand of the fetus touches the amniotic sac which in turn affects fingerprints. Fingerprint experts are able to see this.

Are there potential risks on the twin that is born shorter?

A research published in the American Journal of Epidemiology on Childhood Infections and Adult Height in Monozygotic Twin Pairs interviewed 140 mothers of monozygotic twin pairs regarding the health of their twins while growing up. The 30-minute interview included questions about the twins’ medical history, puberty markers, and physical development.

More specifically, the mothers were asked about febrile illnesses, physician visits, ear infections, antibiotic use, the frequency of missed school, and the frequency of the mother missing work herself due to taking care of each of the twin’s illness.

The study concluded that it was the shorter twin who had two times more episodes of childhood illness compared to the taller twin. Such infections were strongest during the toddler years when the difference in height usually appeared.

However, it is to be noted that none of the twins experienced a prolonged illness episode in childhood and that neither a single pair of twins nor a single mother felt that childhood illness might be related to the height difference.

Facebook
Twitter
Pinterest
Previous articleUnderstanding HCG Levels for Twins
Next articleIs Morning Sickness Worse With Twins?
TwinStuff
TwinStuff.com is the #1 Interweb Resource and continually growing Interactive Community for Parents of Twins and Multiples. Twinstuff.com began in 1998 as a forum for discussion on all things twins. Over the years, it has grown substantially and evolved into the ultimate resource and engaged community for twins, multiples and parents of twin & multiples.