Fraternal twins make up the majority of twins and account for 90% of multiple pregnancies. Unlike identical twins, this kind of twinning results in babies that have different sex and look different.

Read this in-depth information about how they are formed, how they differ from other twins and answers to your other questions.

What are Fraternal Twins?

They are dizygotic. They developed from two sets of sperm and egg that produces two babies that can be both girls, boys, or a combination.

They are independent. They do not share the same placenta and develop a separate amniotic sac.

How are Fraternal Twins Formed? 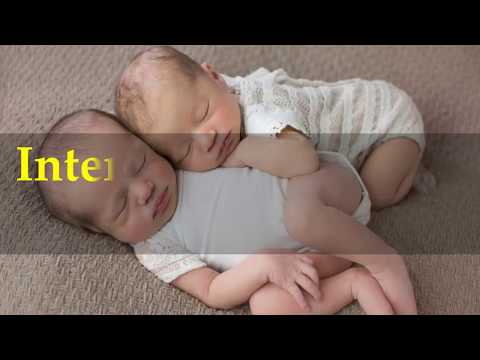 In a normal reproduction process, the sperm travels to meet the egg after sexual intercourse or in-vitro fertilization. If two eggs were released, two sperm will be able to fertilize the eggs that will eventually produce two genetically unique babies.

Twinning happens in several ways and produces higher order multiples depending on the number of eggs produced and the zygosity. This usually happens during hyperovulation, when a woman releases multiple eggs – mostly two.

In the case of these twins, two zygotes are produced with a genetic background like that of any two siblings born at different times. The only difference is that twins are conceived at the same time.

Do They Have the Same DNA?

No, they do not have the same DNA makeup. Just like any siblings, they share about 50% of their DNA and half each of their parent’s DNA. Each twin gets half of the mom’s egg and the half from dad’s sperm.

Even twins that look alike can be distinguishable. Twins who were raised in the same home and were educated the same way, develop individual tastes and personalities.

Can They Be the Same Gender?

Monozygotic twins, however, are always the same gender.

Since conception happened for each egg, each egg carries the sex chromosome of the father. A girl has XX chromosomes while a boy has XY chromosomes. A boy-girl combination is the most common form of these kind of twins.

Chances of Having Fraternal Twins

The chances of having these twins are very much like with any kind of multiples. There are certain factors that increase the odds of a woman to conceive more than one baby at the same time.

Yes, they can be. The factors above influence a woman’s odds of conceiving twins or multiples. Hyperovulation can be genetic, but it can result in multiple pregnancies of two, three, four, and higher multiples.

It just so happen that twins account for 90% of multiple pregnancies and having these twins is the most common type of twins.

Fraternal Twins in the Womb

These are all the facts about how these twins are formed and other information regarding their genetic makeup and development. Fraternal twins are remarkably amazing.

Facebook
Twitter
Pinterest
Previous articleTwin Gender Reveal Ideas for the New Twin Mom
Next articleIdentical Twins: Information, Facts and Common Questions
TwinStuff
TwinStuff.com is the #1 Interweb Resource and continually growing Interactive Community for Parents of Twins and Multiples. Twinstuff.com began in 1998 as a forum for discussion on all things twins. Over the years, it has grown substantially and evolved into the ultimate resource and engaged community for twins, multiples and parents of twin & multiples.