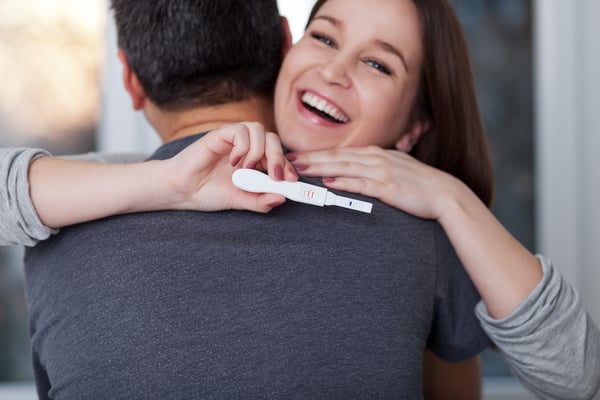 Unexpected vaginal bleeding could indicate the beginning of a new life (or lives) or it could mean that you’re not pregnant and you’ve just started your period.

While the first two normally aren’t dangerous, the third one is a serious and life-threatening medical emergency that requires intervention. To help you figure out which of the three is causing your spotting, we’ll take a look at implantation bleeding, why it happens, when it’s normal, and what to look out for.

What is implantation bleeding?

About 6 to 12 days after the sperm joins the egg, the embryo attaches itself to the uterus. As it implants itself into the uterine lining, its burrowing movements can break down blood vessels. The light bleeding or spotting that results is what we call “implantation bleeding.”

This type of vaginal bleeding is completely normal and does not need to be treated. It doesn’t happen during every pregnancy but is quite common. According to the American Pregnancy Association, about a third of all pregnant moms will experience some implantation bleeding.

Women who are pregnant for the first time are more likely to experience implantation bleeding or will bleed a bit more than women who have already been pregnant. This is because their uterine walls are not used to the embryo attachment.

Implantation bleeding usually happens before a woman even discovers that she is pregnant, which is why it’s often thought to be menstrual bleeding. The timing typically coincides with the expected start of a woman’s next period, making things even more confusing.

To make things even more puzzling, these are all also symptoms of ovulation. So if you experience any of these with spotting, you could easily mistake it for your period.

Whether you’re trying to get pregnant or don’t want to get pregnant, finding blood in your underwear can bring on some intense emotions. It’s easy to confuse implantation bleeding with the onset of your period, not to mention other types of vaginal bleeding.

Instead of panicking over some blood, you should learn how to tell when it’s implantation bleeding and when it’s your period.

Here are some of the main differences between implantation bleeding and menstrual bleeding:

Implantation bleeding is actually more like spotting than actual bleeding. It can also be intermittent instead of a continuous flow like a period. But because implantation bleeding usually begins near the expected start of a woman’s period, it’s often mistaken as an early flow.

If you’re still unsure if the bleeding is from implantation or just an early period, it may be time to take a pregnancy test. To get accurate results, it’s best to wait at least three days or even a week after the onset of the bleeding before you get tested.

Implantation bleeding, like menstrual bleeding, will go away on its own without you having to do anything about it. Unfortunately, there may be another reason behind the bleeding or spotting: a miscarriage. 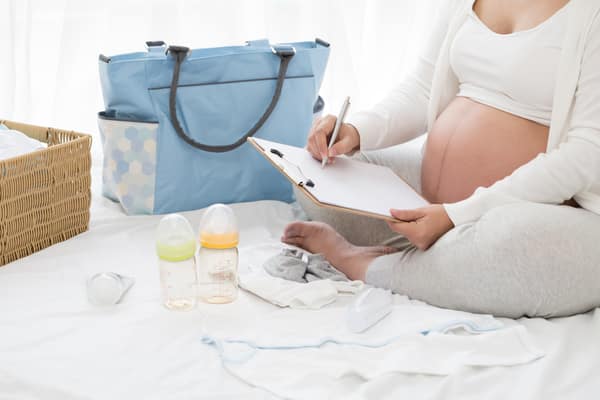 Implantation bleeding, especially if it’s the heavy kind, can sometimes be confused with bleeding from a miscarriage.

Most miscarriages take place within the first trimester of pregnancy. Usually, bleeding from a miscarriage begins as spotting and then becomes heavier. The blood is usually dark red with visible clots.

These signs and symptoms may accompany bleeding from a miscarriage:

Heavy implantation bleeding with twins: normal or not?

If heavy bleeding is accompanied by cramping and the passing of tissue, it’s best to call your doctor or head to the hospital immediately.

Whether or not you are trying to get pregnant, knowing the signs of implantation bleeding can help you and your doctor figure out what you’re dealing with. Implantation bleeding in itself shouldn’t be cause for concern, but there are other reasons behind vaginal bleeding, including miscarriage, an ectopic pregnancy, cysts, and vaginal infections.

If you’re experiencing heavy implantation bleeding with twins, it’s best to let your doctor know right away. For more about symptoms to watch out for during pregnancy, check out this post. Good luck!

Facebook
Twitter
Pinterest
Previous articleLoss of a Twin During Pregnancy: The Hard Truth
Next articleBest Crib For Twins: Features To Look For and Our Top Picks
TwinStuff
TwinStuff.com is the #1 Interweb Resource and continually growing Interactive Community for Parents of Twins and Multiples. Twinstuff.com began in 1998 as a forum for discussion on all things twins. Over the years, it has grown substantially and evolved into the ultimate resource and engaged community for twins, multiples and parents of twin & multiples.