Who Carries the Twin Gene?

The question as to who carries the twin gene has a lot to do with the common notion that giving birth to twins runs in the family. Asking this question leads to a lot of discoveries and based on science, the gene for twins has much to do with understanding genetics.

Who carries the twin gene, mom or dad?

The quick answer to this question is that, in a twin pregnancy, it is the mother’s genes that determine twins. First up, giving birth to identical twins is not genetic, but conceiving fraternal twins is.

The mother may have the genetic trait of releasing two eggs in one menstrual cycle. If these eggs are fertilized simultaneously, then fraternal twins are born. The father’s genes are surely not able to cause a woman to release two eggs.

If giving birth to fraternal twins is genetic, what else affects who carries the gene for twins?

Research in genetics has shown that women with a mother or sister who had fraternal twins have a higher chance of having fraternal twins themselves. This is because the so-called “twin gene” that causes what is known as hyperovulation (when a woman to release two eggs at a time) is present in the family.

It is possible for the father to have the twin gene in him which is made possible by his own mother who is a carrier. This can then be passed on to his children. If, for example, his daughter inherits the twin gene, then it is more than possible that he would have fraternal twins as grandchildren.

What causes hyperovulation in women?

We know that hyperovulation happens when a woman releases more than one egg in a cycle and can occur in just one of her ovaries. We also understand that this definitely increases the chances of conceiving multiples. But then to understand this further, finding out what causes this can be an advantage.

Hyperovulation is caused by many factors. For one, genetics is the culprit. Some are just predisposed to hyperovulation which explains why twins run in the family. Another cause is taking alternative medicine and herbs, like cassava. Taking in a lot of cassava has been known to increase hyperovulation in some.

The third cause is medical treatment. Women who submit themselves to IVF treatment to donate her eggs will be given certain hormonal stimulants that cause the production of multiple eggs. Fourthly, women who have medical conditions like PCOS or Polycystic Ovary Syndrome have a high tendency to hyperovulate. PCOS is a hormonal disorder that involves having prolonged and infrequent menstrual periods or an excess in androgen (male hormone) levels.

Hyperovulation is also caused when a woman’s cycle readjusts after putting a stop to her intake of birth control pills. If they get off the pill, they are more likely to be fertile, and multiple eggs may be released.

What are the signs and symptoms of Hyperovulation?

Most women are not aware they are hyperovulating, but some have mentioned the following observations:

For a woman to know for sure that she is hyperovulating, she would need to go through an ultrasound during the expected ovulation dates. What health professionals usually look for are multiple follicles and if they are maturing correctly in the ovaries.

How likely is it to have twins? 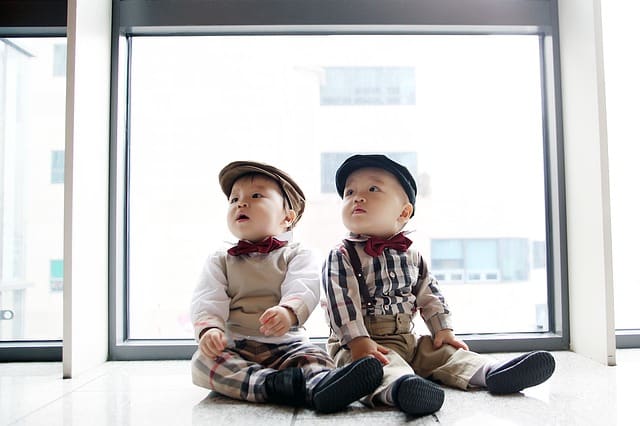 There has been a rise in multiple births these days because of fertility drugs and assisted reproductive technology (ART) to help women conceive twins. Aside from this, there are also other factors that increase the chances of having twins.

When can releasing more than one egg be a health risk?

Severe OHSS, on the other hand, would result in shortness of breath, a tight or enlarged abdomen, severe pain in the abdomen, rapid weight gain (15 to 20 kilograms) in just five to ten days, persistent nausea and vomiting, blood clots in the legs, and decreased urination.

If a woman starts to experience a number of these symptoms, it is essential to consult a health professional. Even if the case may be mild, the doctor would still want to observe the signs and prevent the condition from worsening.

Exploring the answer as to who carries the twin gene can lead to more important things when it comes to twinning. Being fully aware of every detail related to conceiving twins and giving birth to them would make you more prepared for what is to come. We all need some reassurance.

Facebook
Twitter
Pinterest
Previous articleNursing Twins: One at a Time or Tandem?
Next articleFraternal vs Paternal Twins: How Are They Different?
TwinStuff
TwinStuff.com is the #1 Interweb Resource and continually growing Interactive Community for Parents of Twins and Multiples. Twinstuff.com began in 1998 as a forum for discussion on all things twins. Over the years, it has grown substantially and evolved into the ultimate resource and engaged community for twins, multiples and parents of twin & multiples.