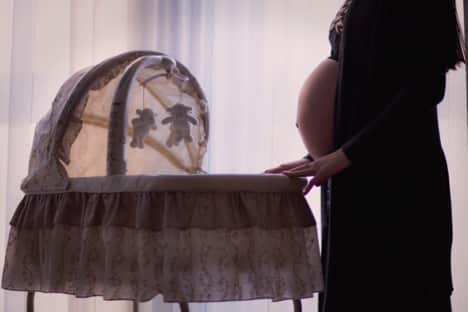 Having a child is quite something, but having twins is quite something else. But to the question that parents often ask: “are twins genetic?” the answer can be surprisingly simple, but complicated to understand.

There’s a lot of myths and urban legends about how twins are born, but thanks to advances in today’s technology, getting information about how twins happen is a lot easier.

Twins are more common than you think: 1 in every 34 children is likely to be part of twins, triplets, or even quadruplets.

As the years go by, more twins are being born, suggesting that there is some trend to twins running in the family. Science, however, has examined this phenomenon with a much more detailed eye and has concluded with one very simple answer to this question: yes.

So Is Having Twins Genetic? Does that mean I can’t have twins?

Not precisely. If you’re reading this article while you’re expecting, there is still every chance that you’ll have twins.

There are seven different types of twins, and some of them don’t really rely on genetics to happen. And while there’s no other way aside from genetics to have even some assurance that you’ll end up with two new babies to take care of instead of one, it doesn’t mean it’s impossible.

To understand this, let’s have a brief recap of the 3 simple steps of how a fetus is formed:

Twinning, or events that spark twins, often happen at the first two stages. And while genetics can play a role, there’s also nothing stopping your body (or in this case, the cell) to suddenly wake up one day and decide to give you more bundles of joy than you were expecting.

That’s not even counting the other things that can affect twin growth (or the likelihood of having twins), like race, diet, and especially hormones. You can read more about those tidbits here.

So are twins hereditary? Yes. But you’re probably wondering (especially if you’re part of a pair of twins, or your spouse is) how likely is it to happen to my family?

Are Twins Hereditary and Do Twins Run In The Family?

To give a short answer: quite a little more likely than most people, actually.

To show how this is possible might prove to be a little complicated. Here are a few fast facts that you can keep in mind when you come from a family of twins:

This reinforces what we learned earlier: while genetics may play a role, they don’t completely decide whether or not twins run in the family. But if you are looking for your chances to have fraternal twins instead of identical twins, then it’s best to look to your mother and grandmother for the odds.

Hold on, you might say – what makes the genetics for fraternal twins different from identical twins? It’s thanks to a little something called hyperovulation.

See, a woman usually only releases one egg during ovulation. This egg then takes one sperm cell and gets fertilized, attaches to the uterus, then develops into a baby.

Hyperovulating women work a little differently – they can release more than one egg during ovulation, which has every chance of being fertilized by a different sperm cell – resulting in fraternal twins.

It’s the reason why fraternal twins look different despite being born at the same time – they’re literally siblings. Identical twins, on the other hand, come from a single fertilized egg that split into two during the embryonic stage, meaning that they come from the same building blocks: a single egg cell and a single sperm cell.

So while the chances of getting identical or even mirror twins can be completely random, the gene for hyperovulation is often passed from mother to daughter throughout the family line. This makes a family more inclined to having fraternal twins as their descendants (though there is some evidence supporting that twins in general run down the female line as well.)

If you need more information on twins, here’s an excellent video that can give you a more detailed rundown of how the fetus develops:

So if you’ve come to look for an answer as to are twins genetic – yes, they really are!

Remember that not all twins are equal, and the chances of getting twins aren’t really dependent on your genes alone – so if you’re wishing for a surprise when it comes to finally delivering your lovely baby into the world, the chances of them not entering it alone is still a distinct possibility.

And besides, no matter the kind of twin that you’ll have, the important thing is that you will love them both with all your heart. It may seem like a challenge, but raising twins is quite delightful.

It’s a parenting experience that will set you apart from most parents that you may know but can also give you the unique kind of joy that comes with raising such a pair.

Do you come from a family of twins or married to someone who is? Let us know about how your pregnancy goes in our online community! Or if you’d like, you can leave your own thoughts about the likelihood of having twins down in the comments section.

Facebook
Twitter
Pinterest
Previous articleDo Twins Have the Same Fingerprints?
Next articleManaging Weight Gain With Twins: A Per-Trimester Guide
TwinStuff
TwinStuff.com is the #1 Interweb Resource and continually growing Interactive Community for Parents of Twins and Multiples. Twinstuff.com began in 1998 as a forum for discussion on all things twins. Over the years, it has grown substantially and evolved into the ultimate resource and engaged community for twins, multiples and parents of twin & multiples.